Fireside Chat: How to take on a gigantic market leader with a clear consumer focus? 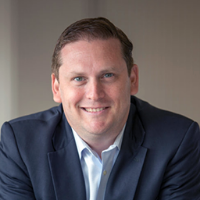 In his role as Vice President, International Business Development, Diego is responsible for CarGurus’ global expansion, including strategy, business development and day-to-day country business operations. In 2015, he led the company’s successful expansion to Canada and the UK. Diego is currently leading the development of CarGurus Germany in 2017. Prior to joining CarGurus, Diego served as Executive Vice President of Emerging Markets at TMP, a global digital recruiting company, where he was responsible for TMP’s financial planning and business operations in emerging international markets. Earlier in his career, he served as Director of International Sales for Monster.com based in Latin America. Diego has lived and traveled extensively around the world, and he is a native bi-lingual English/Spanish speaker, with fluency in Portuguese. Diego holds a BA from the Boston College Carroll School of Management. Among his many professional awards for sales and leadership, he was named to the Boston Business Journal’s “20 On The Move” List, recognizing Hispanic business leaders making a profound difference in their business community. CarGurus filed on 15 Sep 2017 with the SEC to raise up to $100 million in an initial public offering. Reuters reported previously that the company would be valued at more than $1 billion. CarGurus is heading for the Nasdaq market under the symbol CARG. Goldman Sachs, Allen & Company and RBC Capital Markets are the joint book runners on the deal. No pricing terms were disclosed.

We cover 30 countries and nearly 100 companies in our annual, in-depth analysis of automotive advertising. Download your free preview now.